'I praise You because You made me in an amazing and wonderful way.' Psalm 139 :14 ICB 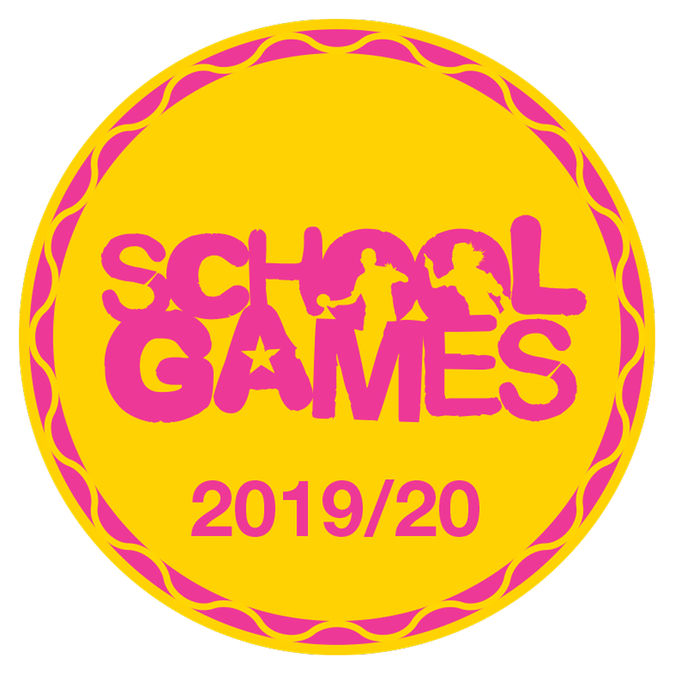 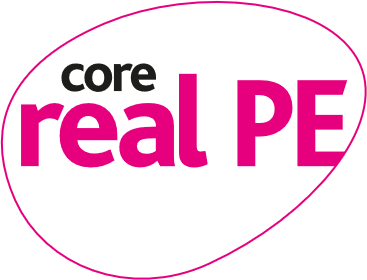 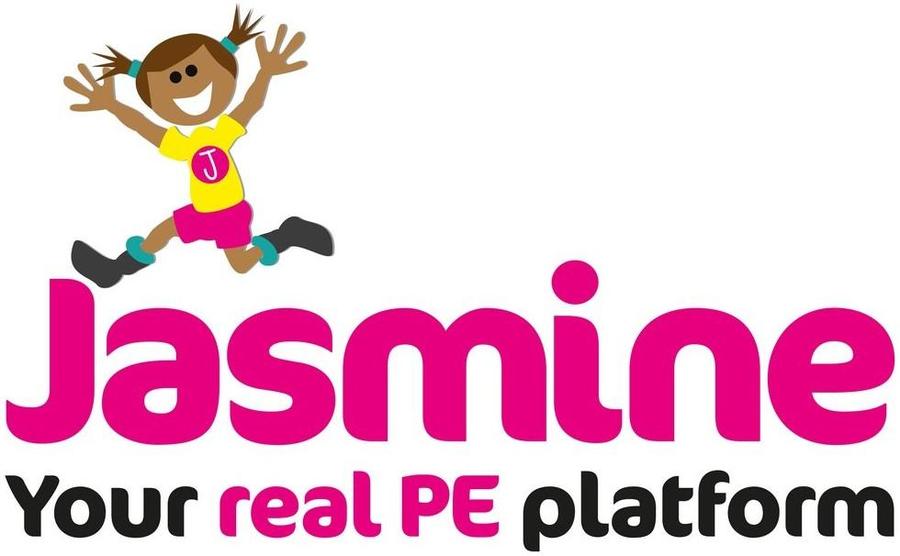 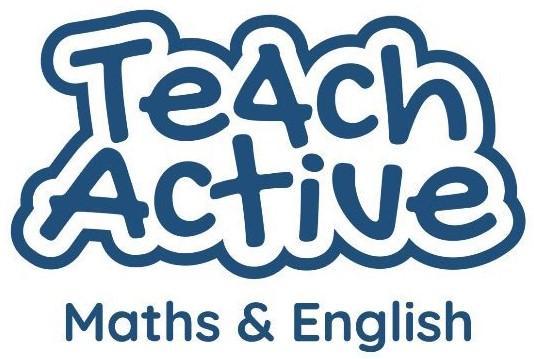 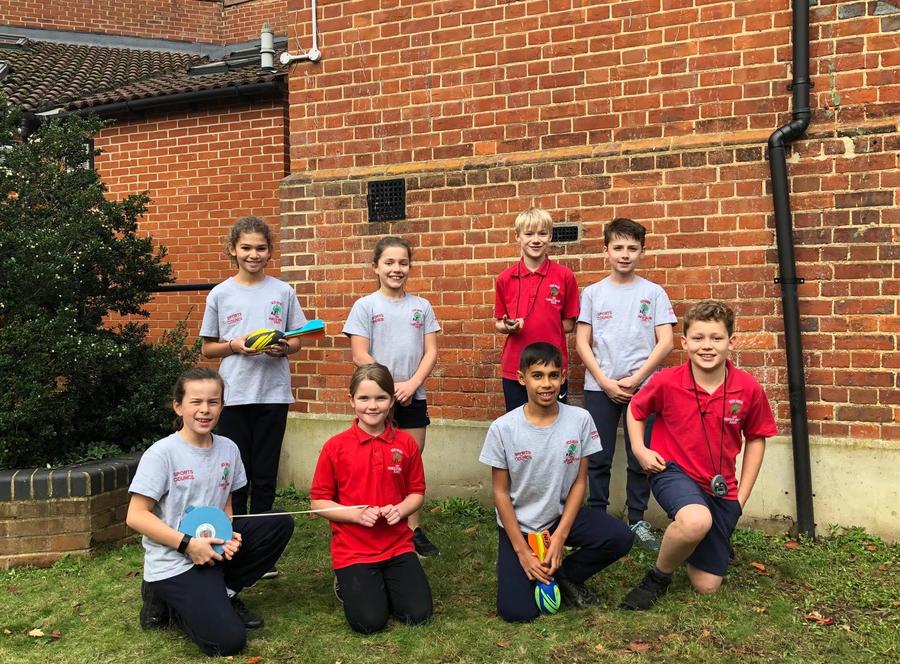 The whole of Year 5 and 6 took part in this year's first inter-school competition. Quadkids athletics saw each of the children taking part in four events - 75m sprint, 600m run, standing long jump and vortex throw. Every result was recorded and 8 children (4 girls; 4 boys), whose results were the strongest overall, made up our team. Their results were then submitted to our our local sports partnership so they can be compared against other competing schools. All we have to do now is wait and see if we have made it to the regional finals, which will (hopefully) be held in the summer term. Thank you to all the children for being such willing participants, and well done to Emily, Naomi, Mattias, Xavier, Scarlett, Caitlin, James and Seb for making it onto the team.- Mr B

Yes, our cross country club is up and 'running'; what a fantastic way to look after our physical and mental wellbeing. The children have embraced the sessions, which have focussed on various elements of distance running. All the children have set an initial 1km personal best and will work towards improving it, with a longer term goal of completing regular 3.2km (2 miles) runs. Inbetween setting personal bests, they will be working on interval training, varying their running pace and pacing themselves across longer distances. - Mr B

Get Set Go: Travel to Tokyo

What a great start to our Travel to Tokyo challenge! It's clear that the Seer Green children and families have embraced the initiative. Thank you! As you can see from the progress shots below, we are acheiving so much through a variety of healthy activities. It's also great to see that our enjoyment level is so high; if we're not enjoying being active, we're less likely to do it. Not a problem for us, by the looks of things. It's National School Sports Week at Home next week, so let's see if we can continue with our progress. Keep it going, guys! - Mr B 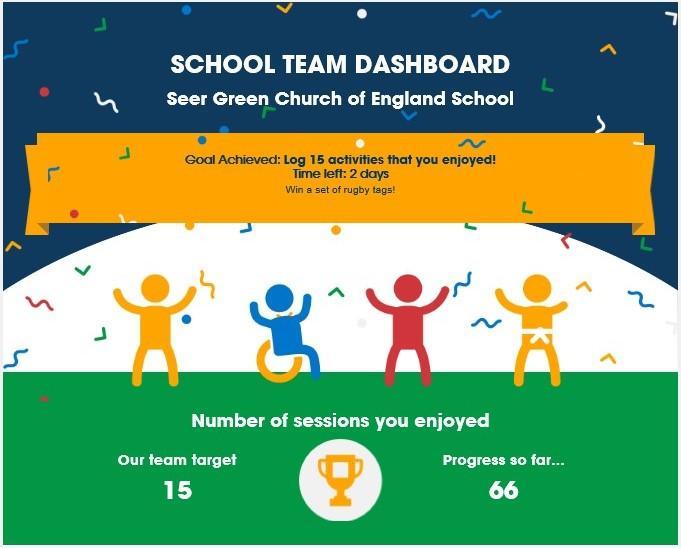 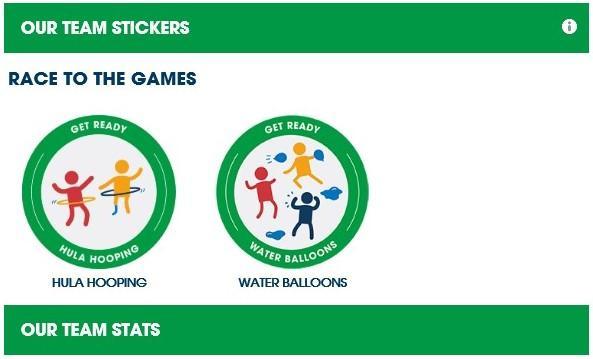 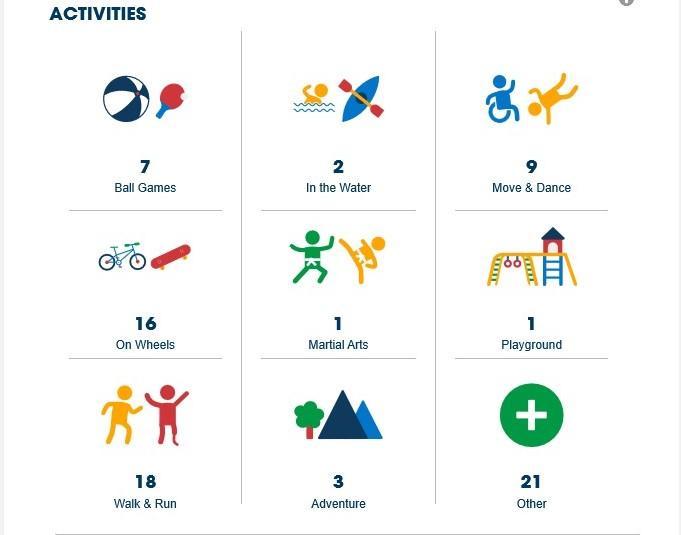 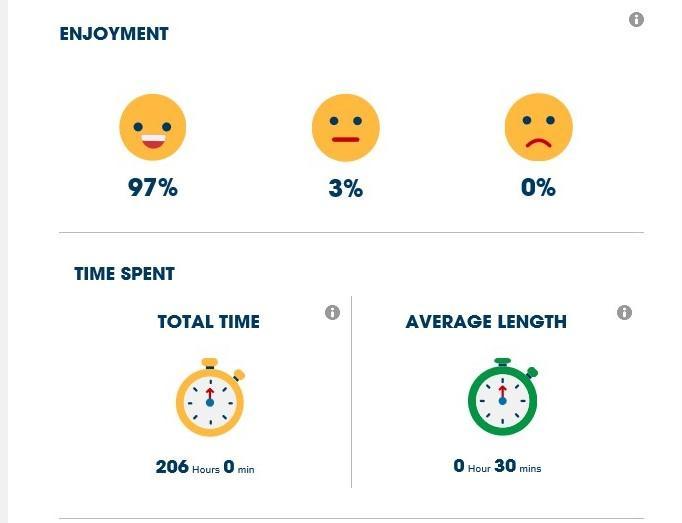 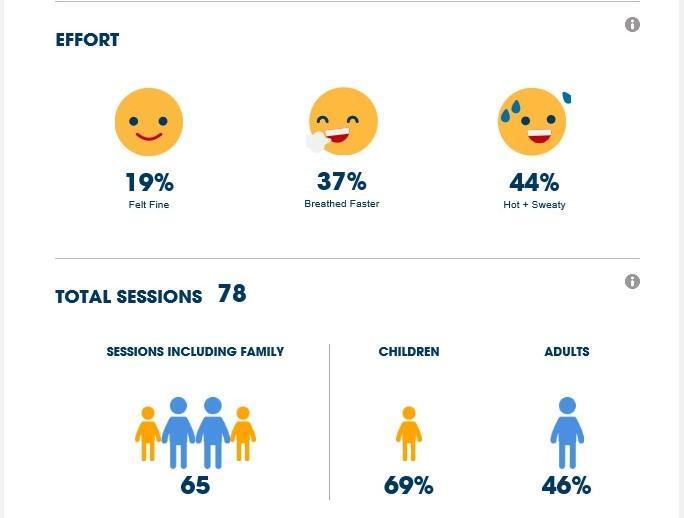 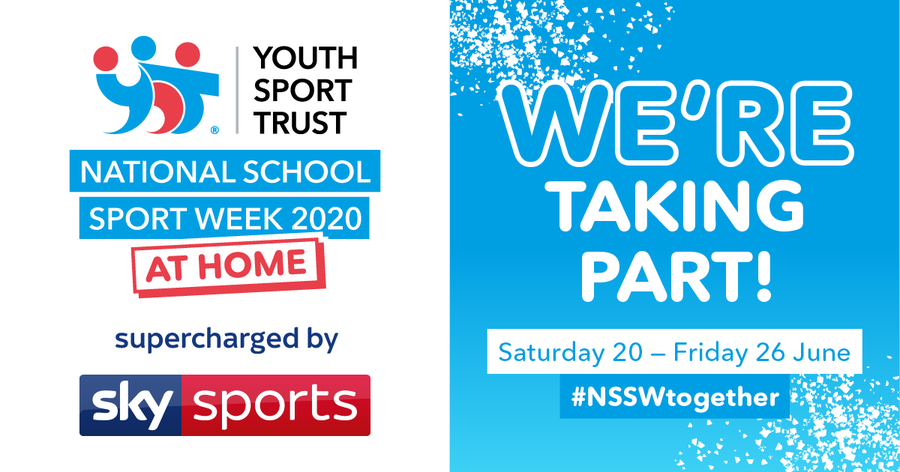 With young people set to miss out on their main school sport day this summer, the Youth Sport Trust is taking its annual National School Sport Week campaign beyond the school gates to parents and families – reinvented as National School Sport Week at Home. Taking place from 20th to 26th June, the UK-wide campaign will give families, communities, schools and sports clubs the chance to capture the enjoyment, competition and camaraderie they have been missing out on during weeks of school closures and social distancing. All young people deserve to enjoy the life-changing benefits that come from play and sport; that’s why this year we’re asking our pupils’ families to take part in National School Sport Week at Home. Anyone can register to take part. When you do, you will receive videos and activity cards to plan a series of challenges across the week. For more information and to sign up go to: https://www.youthsporttrust.org/national-school-sport-week-home The school received some fantastic news this week - we have been awarded the School Games ‘Recognition Award’ for our commitment to sporting competition between September 2019 and March 2020 (prior to lockdown). A big thank you to all the pupils and staff who took part in, or contributed to sporting activities this year. A well deserved award! 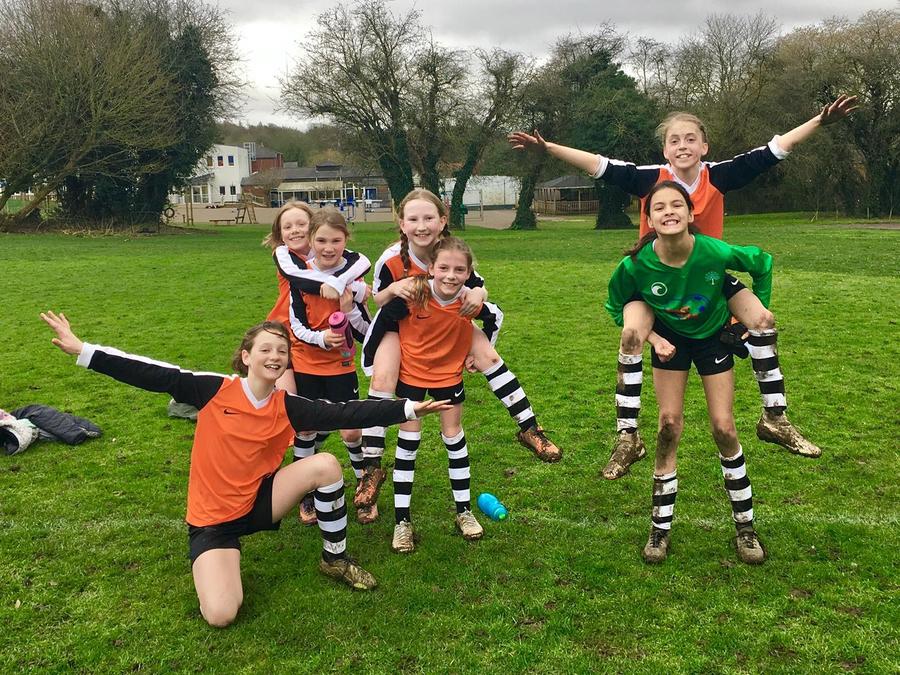 On Tuesday 10th March, the girls football team played against Great Missenden in the cup quarter-final. It was very muddy because it had rained for many days (and weeks) before the match. However, at half-time we were leading 2-1. Olivia scored her first goal for the school and Maddie scored the other. Sadly, in the end, we lost 4-2. Cara was player of the match, but a special mention must got to Isabella in Year 4 who played her first match for the school and was great in defence. - Phoebe F (Year6) 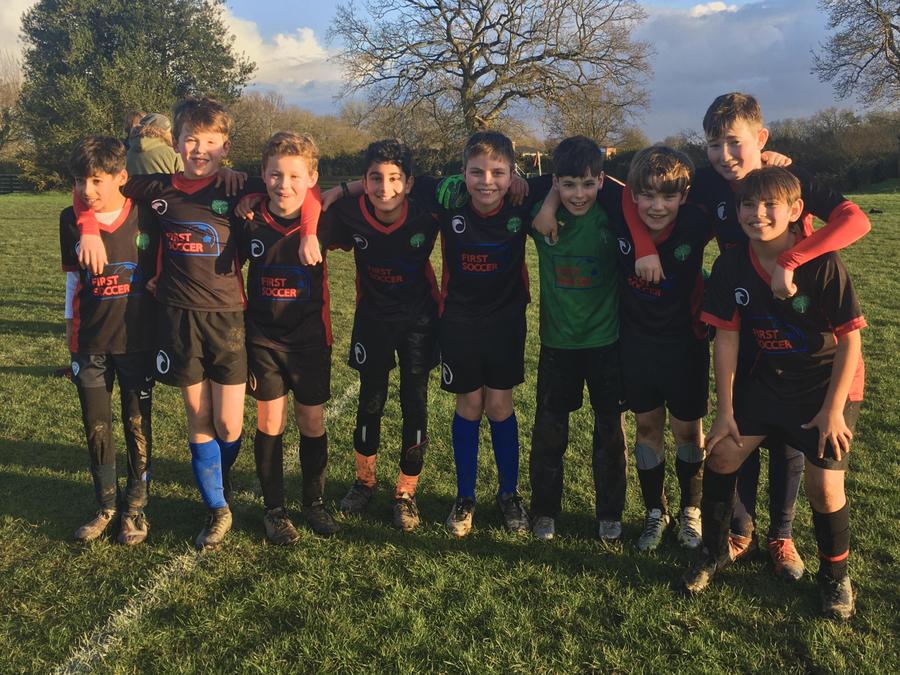 Thorpe House v Seer Green was a hugely exciting league match, which took place on 3rd March in wet conditions. Seer Green started with a goal in the first few minutes and then followed this up with another. Our pacey wingers broke their defence a number of times, but unfortunately Thorpe House scored two quick goals (an unlucky penalty) and it was 2 – 2 at half-time. We knew their defence was physically tough, but in the second half we scored four goals. There was some lovely football, with great through passes and we went home feeling like champions after a 6 – 3 victory. Goals were scored by Seb (2), James (2), Noah and Tom J. Man of the Match was James for his two goals and battling display. – Charlie N and Mark N (Year 6) 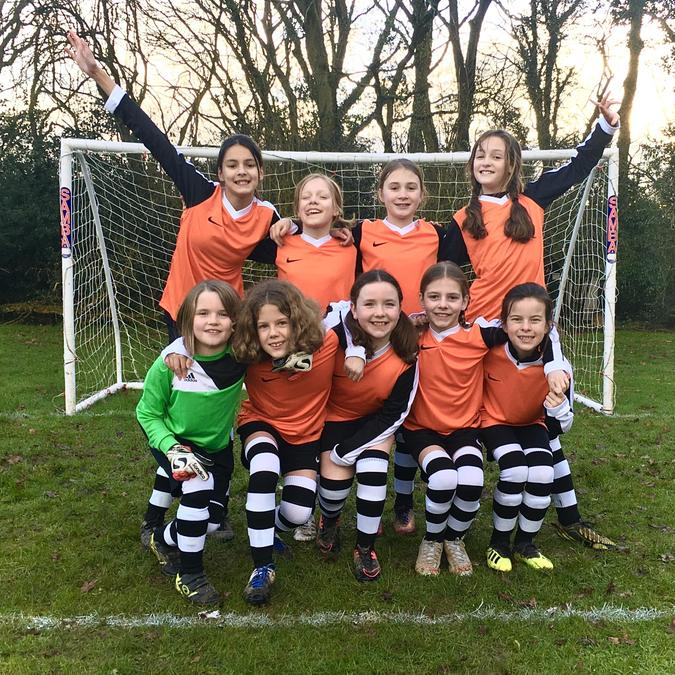 On Thursday 13th February, we (Seer Green Girls) played a match against a strong Gerrards Cross team. Although we lost (7 - 0), we still had a great time... especially when we covered ourselves in mud at the end! Ava and Caitliin made some great saves, whilst Scarlett and Maddie made some hard tackles. Maddie was player of the match for our team. Mr Bell praised us for having fun and explained that it's ok to lose; we will learn and come back stronger. It was also the first time we wore our new kit, which was bought with vouchers won through our parents entering a prize draw. - Olivia G and Ava B (Year 5) On Tuesday 11th February 2020, Seer Green took on Chalfont St Giles in a thrilling U11 league match. Seer Green, who were playing at home, won 2 – 1 with goals from Seb and James (me). Oliver made his competitive debut for the team and man of the match was the captain Thomas P. - James C (Year 5 & Sports Council) For the first time this year, Seer Green played two, simultaneous matches. Game A was the U11 Boys Cup Quarter Final, which saw Gerrards Cross come away with a 3-1 victory. It was a shame for Seer Green, who had the most possession and fought hard. Seb scored Seer Green's goal, with Xavier named man of the match. Game B saw our first mixed-team play a local  friendly. Another tough game ended with Gerrards Cross winning 1-0, although (again) it had been a dominant display by Seer Green. Cara was named player of the match. One of those days. We go again next week! - Mr Bell The Seer Green Sharks - school swimming team - went to their first gala at Wycombe Abbey School. The team, which was made up of Daisy T, Daisy P (me), Maddie, Rachel, Seb, Ben and Oliver, came third out of 10 teams. Both the girls and the boys came third in their own sections of the gala. It was an amazing experience in a fantastic school! - Daisy P (Year5) 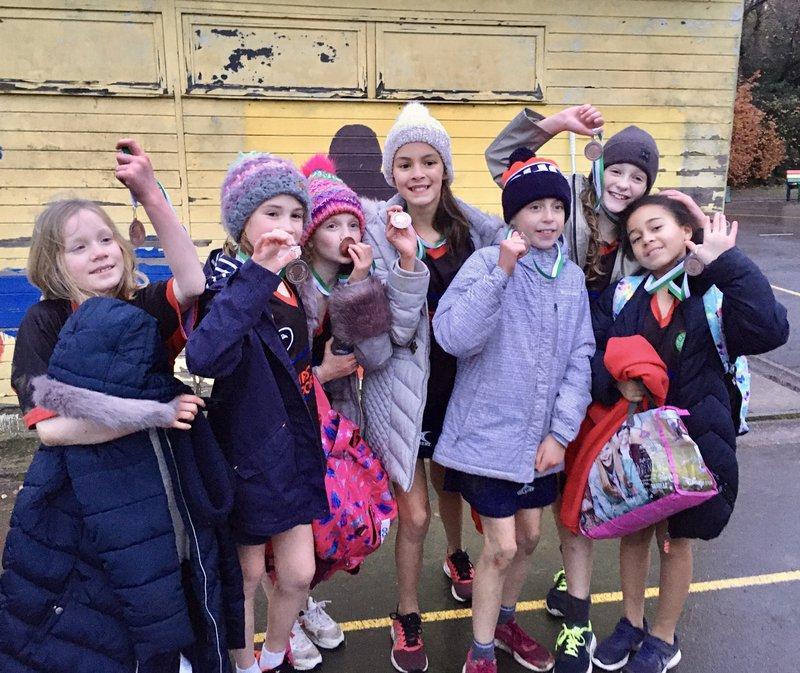 The girls had to grit their teeth and perform in cold, wet and dark conditions... yet again. Playing a total of 6 games, the girls won 4 and came out bronze medal winners. The spirit of the team was fantastic and they did Seer Green proud. They played particularly well in their final match, which saw them secure the bronze medal. - Mr Bell 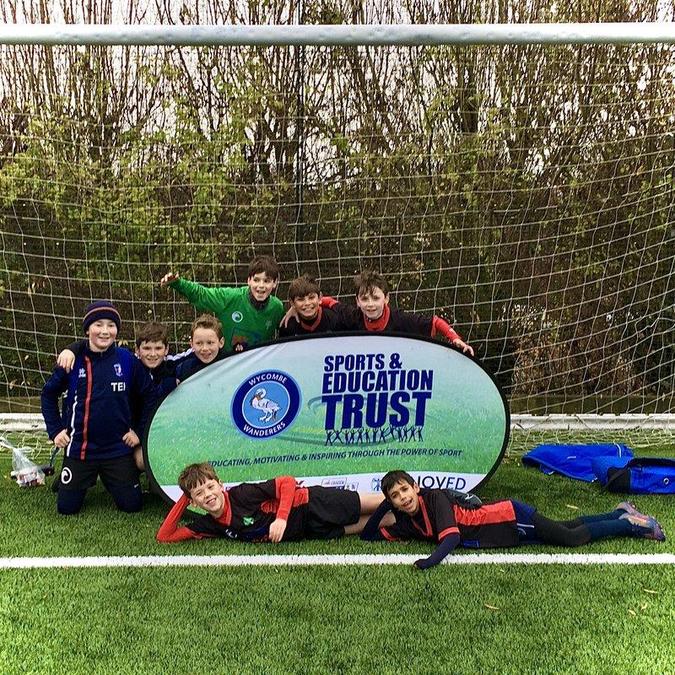 The boys did Seer Green proud; they played a total of 6 matches, winning 4, with just the one draw and one loss. They made it into the second and final stage of the tournament, ultimately winning a difficult Group B with a total of 7 points, remaining unbeaten in the latter stage of the tournament. Every member of the team played their part; Xavier finished with 5 goals; Freddie 3; Tom J and James 2; Seb 1. A really fantastic effort. - Mr Bell

This was a rearranged fixture, following a cancellation due to poor weather, and it saw Seer Green come out on top with a 4-2 Victory. Seb, team captain, walked away with another hat-trick, taking his personal tally to 12 goals in 4 games. Xavier made the fourth goal with an incredible dribble and shot, which was poked over the line by Harry, who scored his first goal for the school team. - Mr Bell 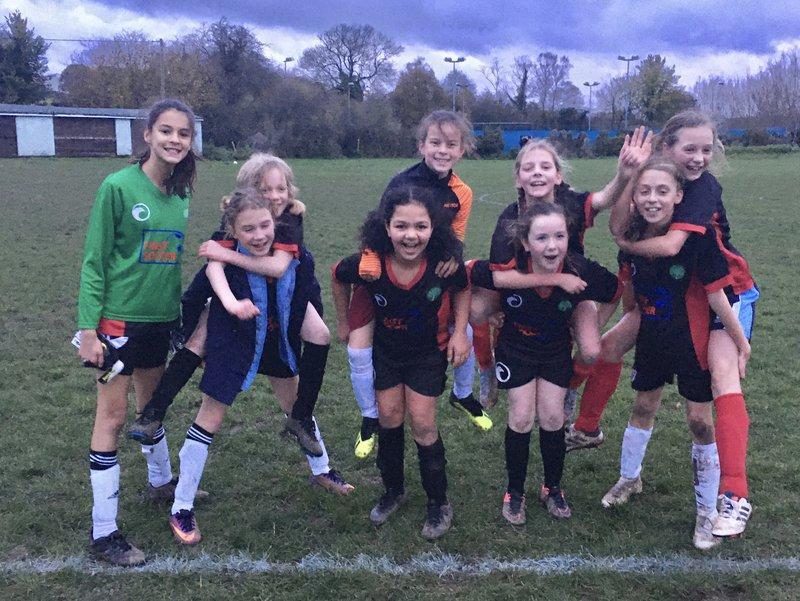 A cold, windy and dark evening saw Seer Green lose 2-1 to a strong Chalfont St Peter team. Seer Green took the lead through a Maddie goal (me), in which she ran past a number of defenders before slotting home a neat finish. Their goalkeeper was tested many times, but a penalty saw Chalfont equalise, before they took the lead and held on to a win. A great effort by all in terrible conditions, and a player of the match performance by Cara. - Maddie H (Year6) This was another great game by Seer Green, which saw us win our first league game of the season. Little Chalfont fought hard and we went 1 - 0 down early into the first half. Only an own goal meant the teams went into half-time on level terms. After a change of formation, the team began to play well together and goals from Seb - another hat-trick bringing his tally to 9 goals in 3 games - and Krish, resulted in 5 - 1 victory. It was tougher than the score-line suggests. Ethan was man of the match following his fighting display in defence and midfield. A special mention to Charlie who made a spectacular save in the first half. - Mr Bell

On 17/10/19, the U10 boys played Little Kingshill in the U10 Cup group stages. Mr Bell made me captain and I scored my second hat-trick in two games. We won 5 - 1, with other goals from Xavier and James. A special mention to the two brothers that played; Harry for some wonderful assists and George for being the youngest (Year 4) player on the pitch, plus the defensive partnership of Ethan and Xavier who were unbeatable. - Seb S (Year 5)

On 16/10/19, the Girls U11s played in a football tournament at Gerrards Cross. Playing 4 matches, we won two and lost two. In total, we scored 10 and conceded 8. Everyone is really proud as only 2 girls from our squad of 11 had ever played a match before. I captained the team and scored 5, but I would like to mention Maddie, who Mr Bell has decided would run through a wall if he asked her to, and Shams who played like a rockstar in defence. - Cara B (Year 6)

On 03/10/19, the boys U11 team played our first match of the season in the U11 Cup. We had an impressive 6 – 1 victory over St Marys Farnham Royal. Goals were scored by Seb (x3… goal machine), James, Zac and Freddie. I was really proud to lead the team as captain for the game. - Thomas P (Year 6)